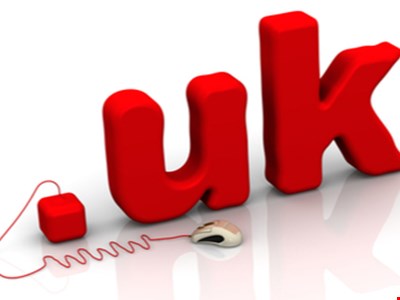 There was a dramatic fall in the number of .uk domain names suspended for criminal activity in the year up to October 31 2021, new figures from Nominet have shown.

This fall is “entirely” due to the reduction in counterfeit sites using .uk, as reported by the Police Intellectual Property Crime Unit (PIPCU). Nominet said these figures show its efforts to tackle fraud and cybercrime in collaboration with law enforcement are working, meaning online criminals no longer see this domain “as a viable option.”

The suspension of domains follows notifications from the police or other law enforcement agencies that they are being used for criminal activity. Additionally, Nominet places domains on hold at registration if its Domain Watch initiative suspects it is involved in criminal activity such as phishing.

The report showed that Nominet received a total of 539 separate requests by law enforcement in the 12 months to October 31 2021. The reporting agencies that sent the highest number of requests were the PIPCU (2487), the National Fraud Intelligence Bureau (841) and the Financial Conduct Authority (75). Of these requests, only 18 didn’t result in a suspension, a fall from 47 in the previous year. Reasons for the requests not resulting in suspension include the domain already being suspended in a parallel process, the domain already being transferred on a court order or the registrant modifying the website to become compliant following notification.

The number of suspensions reversed in the 12 months to October 31 2021 was 25, which compares to 15 during the previous year. Nominet added that there were no suspension requests from the Internet Watch Foundation on Child Sexual Abuse Images (CSAM) on .uk domains in the most recent period.

Nick Wenban-Smith, general counsel and head of stakeholder relations at Nominet, commented: “We have seen an increase in some reporting agencies this year, particularly around online fraud and financial crime. However, the overall number of .uk domains associated with criminality is still lower than previous years, which is a positive outcome for all users.

“The trend is largely due to a very large reduction in suspensions related to intellectual property crime. This is a testament to the success of a joint initiative – Operation Ashiko in collaboration with PIPCU and Nominet – working to reduce the amount of counterfeit sites following a full mapped assessment on the DNS of websites selling and distributing counterfeit goods. For obvious reasons we won’t go into detail of the project, but it has delivered a positive outcome as online criminals are no longer seeing .uk as a viable option.”

DS Sophina Deed, of the City of London Police’s Cyber Prevention & Disruption Team of the National Fraud Intelligence Bureau, said: “Our focus is to disrupt criminals using technology as a facilitator for fraud, we focus on preventing and disrupting their activity enabling us to prevent people and business’s being victims of this type of crime, which can have devastating consequences. On behalf of our team, I’d like to thank Nominet for our continued positive partnership in this area enabling us all to continue our united fight against this type of criminality in the .UK arena.”